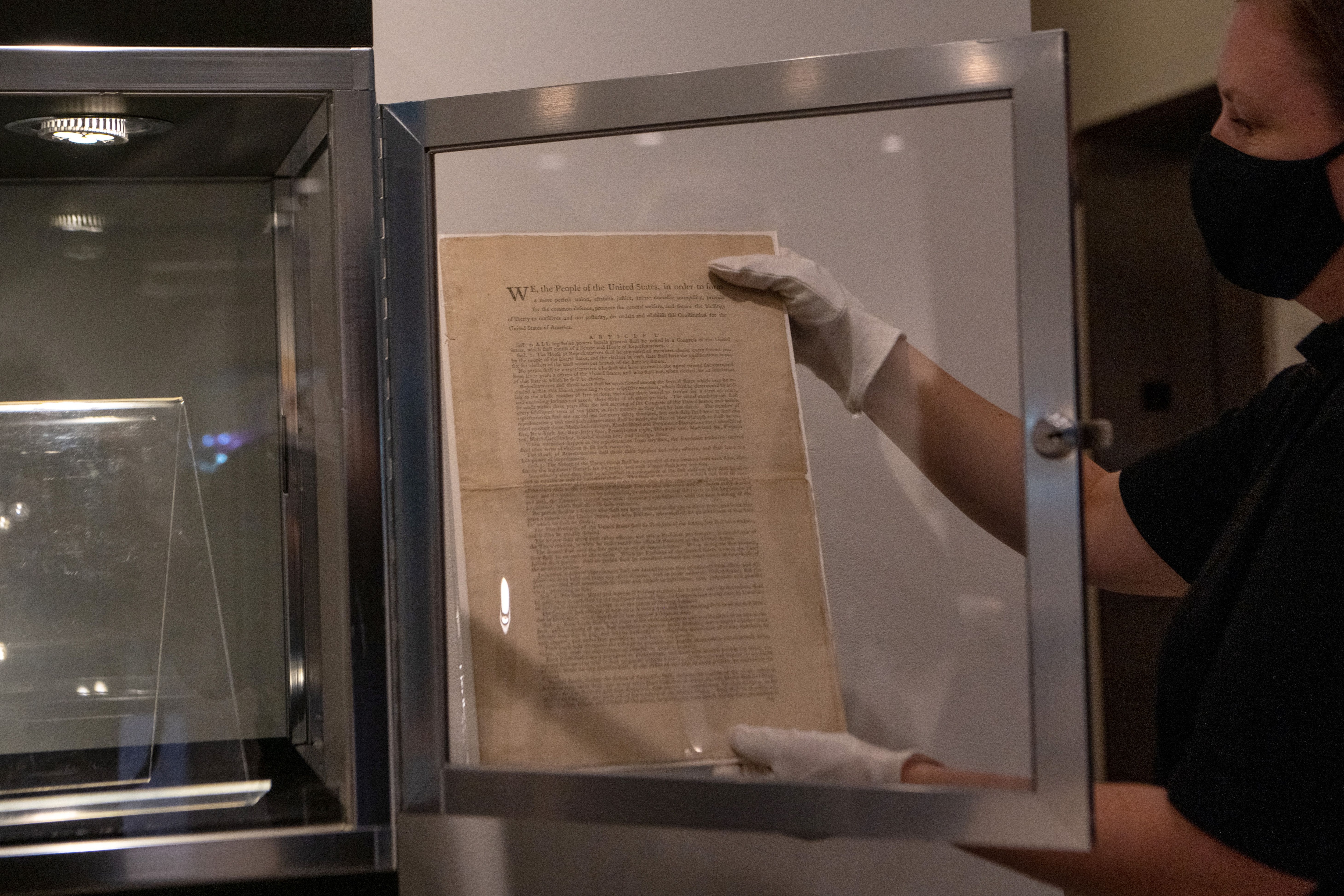 As the dust settles on one of the most ambitious crypto experiments in recent memory, a host of questions remain unanswered – starting with the fate of over $49 million in donations.

On Thursday night, auction house Sotheby’s played host to an unusual bidder: ConstitutionDAO, an ad-hoc group of over 17,000 donors who pitched in to collectively buy a rare print of the Constitution of the United States.

While the bidding ended at $43.2 million – below the $49.5 million the decentralized autonomous organization (DAO) raised – the predicted cost associated with insurance, storage, auction fees and transport, among other overhead, prevented the DAO from bidding higher.

According to a Wall Street Journal report on Friday, billionaire hedge fund manager Ken Griffin was able to outmatch the group.

Read more: ‘I Think We’re Doing This’: Inside One DAO’s $20M Plot to Purchase the US Constitution

Nonetheless, multiple observers hailed the attempt as a remarkable display of DAOs as coordination tools – the entire project was conceived and executed in under a week in a process that insiders referred to as a company in “hyper-growth.”

“This is a group of people that were strangers on Thursday, rallying together with a mission to buy a copy of the Constitution,” said Metaversal CEO Yossi Hasson in an interview with CoinDesk on Friday morning, also the DAO’s largest contributor at 1,000 ETH ($4.2 million).

Despite the grand ambitions, however, the group fell short and a host of questions remain: Who gets the money raised? What happens to the thwarted governance tokens for the DAO? And, perhaps most importantly, what’s next for what could be the start of a crowdfunding movement?

While speculation swirled the night of the auction that another crypto outfit might be responsible for outbidding ConstitutionDAO – maybe even another DAO like Flamingo or Pleasr – it was revealed Friday afternoon that the winner was hedge fund billionaire Ken Griffin.

The Citadel founder claimed in February that he “doesn’t know how to think” about cryptocurrencies like bitcoin, and as a result doesn’t think about them at all.

Later in the year, however – as prices exploded across the industry – he referred to crypto as a “jihadist call” against the U.S. dollar.

The 53-year-old reportedly intends to donate the document to a museum.

The DAO raised funds via Juicebox, an Ethereum-based community fundraising tool. In exchange for ETH donations, individuals received PEOPLE, an ERC-20 token that would have granted owners governance powers in the ConstitutionDAO, which would have managed a LLC that actually owned the document.

Some donors appeared to be speculating on the price of PEOPLE appreciating on an auction win, and indeed PEOPLE briefly rallied on decentralized exchanges after donations closed, but the token has since crashed on the news that the DAO lost the auction.

The ETH donors will be able to claim their funds pro rata (minus gas fees) and, per the official Discord, more information about the return will be released today. It is unclear if users will exchange PEOPLE for ETH, or if donating addresses will simply be able to claim the funds they added.

Crypto exchange FTX also reportedly assisted the DAO in converting the donated ETH to cash; it’s unclear if the conversion rate at the time of the auction and the time of the return could impact how much of a refund donors receive.

Gas fees may prove to be a significant barrier to certain donors getting their money back regardless of the return method, however.

The raise was a feat of crowdfunding, featuring over 17,000 donators – many of them new Ethereum addresses – and a median donation of just over $200.

I wondered how many people are transacting with crypto for the first time because of @ConstitutionDAO . . .@DuneAnalytics answered my question with this chart:https://t.co/HsuMHNNu1b

This is what change looks like . . . and it could last long after the auction today. https://t.co/ueGFv1BBwF pic.twitter.com/YM0TZX04tl

Donating and claiming a refund could eat into well over half of the median donation, and some observers have suggested using a layer 2 solution to ensure smaller donors get a larger cut of their funds back, but details have yet to be released.

A DAO a day

In the wake of ConstitutionDAO’s just-short-of-the-finish-line effort, semi-serious knockoffs and copycats hoping to ape their success currently abound.

Twitter gags have focused on buying a variety of professional basketball teams, amusement park Seaworld, abandoned shopping malls for the purpose of converting them to paintball arenas, Sotheby’s itself (in order to prevent an injustice like the loss Thursday night from happening again) and a private jet that flies nonstop between New York and Los Angeles.

Members of the DAO itself are mulling their next move as well.

There’s a fledgling movement in social media channels to identify and pursue an alternative piece to purchase in lieu of returning funds, but so far the effort hasn’t grown legs.

While no one project has shown signs of life, it seems unlikely that the trend of flashmob DAOs would simply disappear – Google searches for “DAO” are at a high for the year.

The concept has not enjoyed this much mainstream attention since the failure of The DAO, an early investment experiment whose collapse led to the creation of Ethereum Classic.

The next major DAO push could simply be another auction away.

Bitcoin Dropped Below 2017 All-Time-High but Could Sellers be Getting Exhausted? – Blockchain News, Opinion, TV and Jobs